Planmeca Veterinary uses cookies to deliver you the best possible web experience. By continuing, you agree that we may store and access cookies on your device. 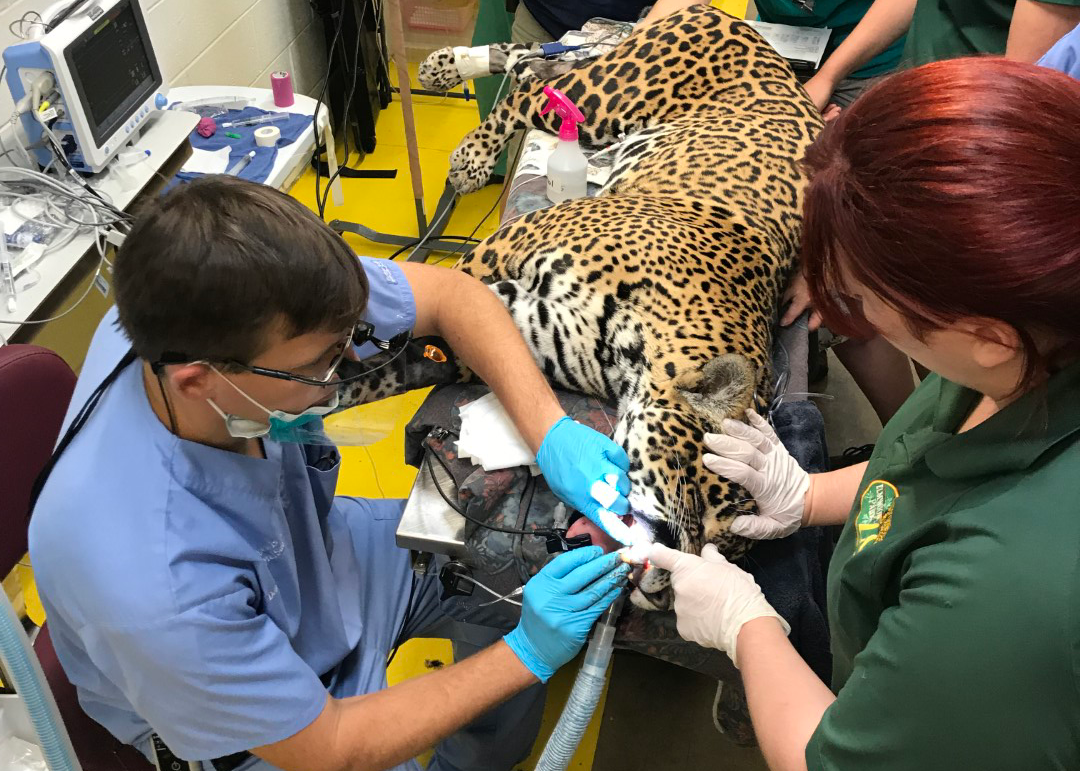 Dr John Lewis’s expertise in oral surgery brought him to Inka, a five-year-old jaguar with a fractured canine tooth. Since dental problems can result in pain and infection, maintaining Inka’s dental health was of utmost importance to the Elmwood Park Zoo.

During a prior dental procedure, Inka showed neurologic signs after waking up from anesthesia, so steps were taken to minimize anesthesia time. The Planmed Verity® CBCT scanner with its rapid scan time allowed for accelerated imaging of the entire head.

“We were trying to minimize anesthesia time since Inka previously suffered a stroke-like event after a prior dental procedure. Having the CBCT cage-side and the quickness of imaging came in handy in possibly avoiding complications.” Dr Lewis explained.

“Even though it is hard to know if any issues were averted using the CBCT scanner, the scanner definitely decreased time under anesthesia,” Dr Lewis continued.

CBCT is a superior choice for capturing images of the skull and mouth. CBCT may diagnose subtle lesions that other modalities might not find.

“The degree of periapical bone loss was more obvious on the CBCT than on an intraoral radiograph, and changes around the tooth in the bone were visible,” Dr Lewis summarized the findings on Inka’s X-ray images. According to him, CBCT helped quickly determine the core issue. 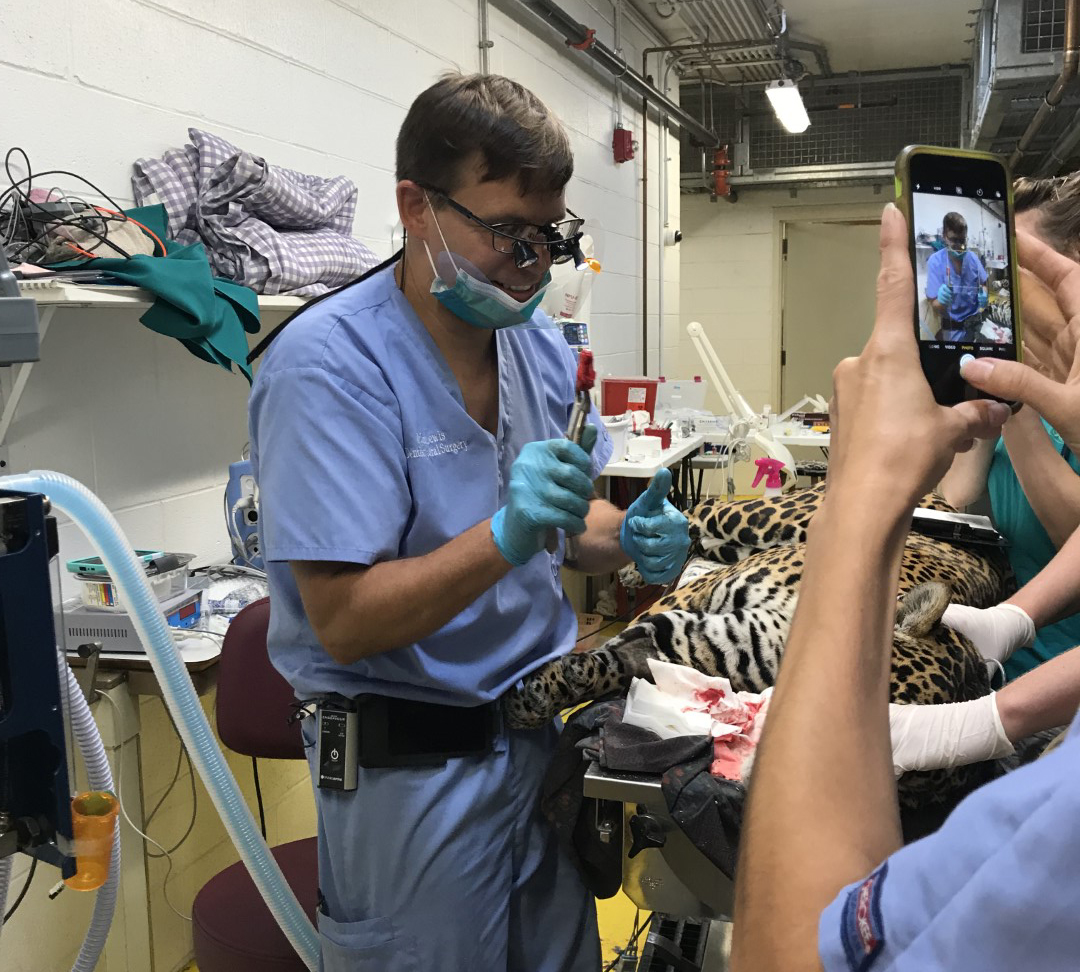 “Pet owners have asked me specifically for CBCT rather than a conventional CT scan. It will continue to be more prevalent as more pet parents savvy in medical advances know CBCT provides better images of the bone and dental structures. As the educated public becomes more aware of what diagnostics are available, especially when dealing with oral tumors and cancers, it is definitely nice to have,” he stated.

In addition to zoo animals, Dr Lewis considers CBCT especially useful on imaging domestic dogs and cats. He recently treated a 13-week Chihuahua that had a facial bite wound and a comminuted maxillary fracture, using the CBCT for the diagnosis. Another recent case included a retriever with a lytic maxillary mass to plan for curative intent maxillectomy.

Dr John Lewis is a board-certified veterinary dentist who graduated from the School of Veterinary Medicine at the University of Pennsylvania. Before becoming a diplomate of the American Veterinary Dental College (AVDC), Dr Lewis spent five years in general practice, then returned to residency in dentistry and oral surgery. Some of his other accolades are his past presidency of the American Veterinary Dental Society, as well as actively serving on several committees of the Foundation for Veterinary Dentistry and AVDC. Dr Lewis was awarded a founding fellowship in the AVDC Oral and Maxillofacial Surgery fellowship program. Dr Lewis’s clinical interests include oral surgical oncology, jaw fracture repair, endodontics, feline tooth resorption, feline stomatitis, and lasers in oral surgery and dentistry.

Dr Lewis will lecture at the Veterinary Dental Forum in Orlando, Florida, on Sunday, September 29, 2019, and provides continuing education throughout the year at Silo Academy Education Center in Chadds Ford, Pennsylvania.